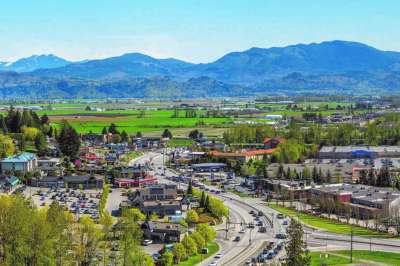 Located an hour east of Vancouver, Abbotsford borders Mission to the north, Langley to the west, Chilliwack to the east, and Washington state to the south. This sprawling rural “city in the country” is set against stunning views of B.C.’s Coast Mountains and Washington’s Mount Baker.

Abbotsford is home to Canada’s third-highest proportion of visible minorities. Immigrants and newcomers of South Asian descent comprise nearly 20 per cent of the population. A high proportion of Abbotsford’s Indo-Canadian community is Sikh

Why is Abbotsford one of the best places to live in British Columbia?

An attractive place to live

Here you can enjoy the views of Mount Baker to the southeast and the Coast Mountains to the north. The township of Langley borders Abbotsford to the west, the Fraser River with the district of Mission to the north, and the city of Chilliwack to the east.

Culturally, with a broad ethnic diversity, Abbotsford certainly has a lot to offer. You will meet most German, Dutch, British, Irish, Scandinavian, Slavic, and South Asian ethnic origins. More than a quarter (26%) of the city’s population was born outside of Canada, yet almost everyone now speaks English.

The population is the sum of births plus in-migration, and it signifies the total market size possible in the area. This is an essential metric for economic developers to measure their financial health and investment attraction. Businesses also use this as a metric for market size when evaluating startup, expansion or relocation decisions.

The city’s economy depends largely on dairy farming and fruit orchards; known as the Raspberry Capital of Canada, Abbotsford earns the highest dollar per acre of agricultural land in the country. With a lower cost of living than Vancouver and its location along B.C.’s Bible Belt, the area attracts residents who uphold traditional values, want a slower pace and enjoy a small town “feel.”

The City of Abbotsford has approximately 660 hectares of natural lands and open space, including forests, shrublands, meadows, wetlands, and riparian corridors. These areas provide opportunities for residents to enjoy their neighbourhoods as “nature intended” and provide ecological connections and critical habitat for numerous species of local wildlife.