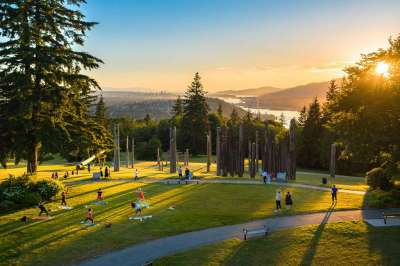 Burnaby is home to more than 200,00 people, making it the third largest city in British Columbia. The city is nestled between the urban areas of Surrey and Vancouver. Compared to several other cities across the country, Burnaby gets relatively little snow. The city also gets plenty of rain and make up for that with a warm, dry summer climate.

Why is Burnaby one of the best places to live in British Columbia?

An attractive place to live

You can easily jump on a ferry to Vancouver Island, explore Victoria and catch a glimpse of the breathtaking nature reserve on the Pacific Ocean. Once you’re in Burnaby, making trips to the U.S. will be easier. Seattle is only a few hours away and there’s a lot more to explore south of the border.  Even more, Simon Fraser University’s main campus is on Burnaby Mountain.

If you love nature, moving to Burnaby will be a great idea. Burnaby is surrounded by several provincial parks to the north. That makes it easier for you to explore breathtaking mountainous forest terrain. You’ll find rivers, lakes, and trails that leads to some of the most breathtaking views in Canada.

If you’re interested in living an engaging urban lifestye, you’ll find all you need close by in Burnaby. Top-rated restaurants with delectable cuisines, to some of the largest malls in British Columbia, you’ll find most of everything you seek in urban cities in Burnaby. For arts and culture enthusiasts, there are galleries and museums to explore. In fact, you’ll find lots of things to keep you busy in Burnaby.