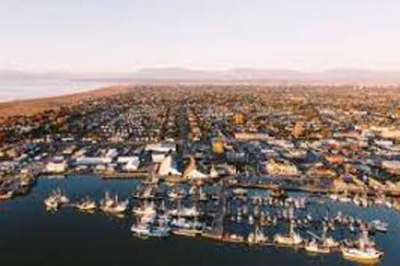 Richmond is one of the most diverse cities in British Columbia, making it a remarkable melting pot of culture. The city is nestled in the site of Vancouver International Airport and directly across the Fraser River. Richmond has an estimated population of almost 200 million people – mostly immigrants making it a cosmopolitan city.

What makes Richmond one of the best places to live in Vancouver?

Richmond is home to many beautiful parks and trails including 60 kilometres of on-road cycling paths, 73 kilometres of trails and 150 acres (789 ha) of park land. In every neighbourhood in the city, you’ll find an all-embracing system of 145 parks providing recreation amenities and sports.

Richmond is also home to several sport facilities including ice rinks, soccer fields, basketball courts, football fields, and tennis courts. Easier and regular access to these facilities contribute to the quality of life in the city.

Every Richmond neighbourhood is situated close to a high school. This makes families with school-age kids comfortable knowing that they can find top-quality schools around for their kids. Richmond School District is made up of 48 schools which include 10 secondary schools and 38 elementary schools.

Richmond has a dependable healthcare facility. The Richmond General Hospital, a teaching hospital affiliated with the University of British Columbia is a dependable community hospital in the city. The healthcare facility is equipped with 200 beds to serve the needs of Richmond and Delta residents. Also, travelers using the BC Ferries and the Vancouver International Airport have access to the hospital.

Richmond’s job marker has been performing brilliantly because of the recent real estate development in the city. Several other businesses are growing steadily to match the demand of the city’s residents.

More than half of Richmond’s population is of Asian descent, and they are known for having numerous food recipes up their sleeves. Whether you prefer Indian, Chinese, Japanese, or Greek cuisines, you’ll find several options in Richmond.  Moving to Richmond means living in a cosmopolitan city with endless flavours.