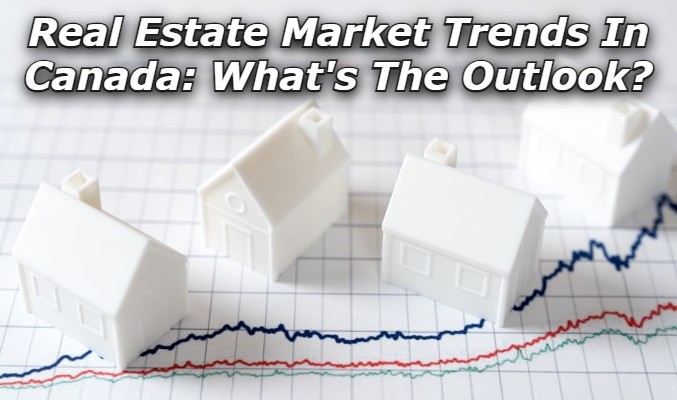 Canada is a land of many provinces, but its real estate market is one in which there are certain trends that echo throughout the population. Taxation and legislation tend to be similar across most jurisdictions, encouraging people to settle and conduct business in a particular area. Economic conditions may affect prices and property values, as does new construction and growth within a region.

In fact, a confluence of factors is changing the Canadian real estate market and its dynamics, including interest rates, economic conditions, the labor market, supply and demand issues, and government policy. Here are some of the key real estate market trends in Canada:

The mortgage stress test is changing things up

The mortgage stress test was introduced by OSFI (Office of Superintendent of Financial Institutions) to ensure that borrowers can afford their mortgages if interest rates rise or their income falls unexpectedly. This means that buyers need to qualify for a mortgage using a higher rate than what they would actually get once they apply. As a result, there’s been a decline in the number of first-time buyers entering into contracts as well as people putting down larger deposits when buying their homes.

The growing popularity of condos

Another trend that has been gaining momentum over the last decade is condominiums. This type of property has become increasingly popular among young professionals who want to live close to downtown areas where most jobs are located but don’t have enough money for a house yet. Condos are also popular with investors who rent out their units for additional income or use them as Airbnb rentals when they’re not staying there themselves.

Housing affordability in Canada is at its lowest level since early 2012. This is mostly due to higher mortgage rates and home prices, but it’s also because incomes are growing more slowly than they were three years ago. The rising mortgage rates have put homeownership out of reach for many Canadians. If interest rates rise by one percentage point, nearly 500,000 households will no longer be able to afford their homes.

High demand for single-family homes in many markets

Demand for single-family homes remains strong in many markets across Canada, especially in Ontario and British Columbia (BC). In BC, there is still strong demand for detached homes in the greater Vancouver area and surrounding municipalities such as Surrey and Langley. In Ontario, Toronto and its surrounding municipalities are experiencing high demand for detached homes despite rising prices.

In many markets, there is not enough supply to meet demand. This has been particularly true for lower-priced homes, which have been selling quickly. In Canada’s largest cities, the average price of a single-family home has risen significantly over the past decade, while inventory levels have remained flat or declined.

Demand for higher-end properties outpaces supply in many markets

The high end of the real estate market has seen strong demand and limited supply, especially in Toronto and Vancouver. In fact, sales of homes worth $1 million or more has increased significantly over the past few years. These higher-priced properties tend to sell quickly because they offer greater returns on investment than other types of investments available to Canadians today.

The number of listings is dropping

The number of listings has been on the decline for some time now. There are a couple of reasons for this: first, it’s been a while since we’ve experienced an extreme shortage of inventory, so many homeowners have decided to hold off listing their properties until they see a spike in demand. Secondly, and perhaps most importantly, people are just not moving as much as they used to. The average household moves every five years; today, that figure has increased to seven years or more. This means that a lot of people are staying put in their homes longer than they used to — and we’re seeing fewer sellers enter the market as a result.

Homes are taking longer to sell than ever before

It is taking longer now to sell an average Canadian home. The reason for this is simple: The supply of homes for sale is dropping faster than demand is rising. As mentioned earlier, the number of new listings coming onto the market has fallen. This means there’s less inventory available for buyers to choose from — which pushes prices up as sellers hold out for a top dollar or refuse to drop their asking price at all if they can’t find another buyer willing to pay higher than they would like.

Prices are rising faster than inflation

There are many reasons for this, including low-interest rates and the fact that we’re in a seller’s market. In other words, the number of homes on the market isn’t sufficient to meet the existing demand. If prices continue to rise faster than inflation, it could spell trouble for consumers who want to get into the market or refinance their mortgages. A higher price tag means buyers will need more money upfront, which could make them more hesitant to commit. And if interest rates start to rise again, it will get even harder to qualify for a mortgage.

Mortgages are getting harder to get approved for

First-time homebuyers are being squeezed out of the real estate market because they simply can’t afford higher mortgage payments or don’t qualify for them anymore due to stricter rules from banks and other financial institutions.

This is thanks to a combination of factors including low interest rates, high immigration, and low unemployment. There are also more sellers in the market than buyers, which is driving up prices and making it more difficult for first-time homebuyers to enter the market. It’s important for buyers to understand this dynamic so they can adjust their expectations accordingly.

The growing prominence of virtual transactions

Many millennials consider buying or selling the property without visiting an open house or walking through a physical space. The younger generation prefers to shop online and use technology instead of traditional methods such as open houses or showings with real estate agents. This shift has been made possible by innovations like virtual reality tours and augmented reality features that allow users to visualize how a home might look before making an offer on it. This trend will only deepen in the coming years with virtual transactions becoming the “it” of the Canadian real estate market.

The strong growth witnessed throughout much of the decade preceding 2014 has not only tapered off in most parts of the country, but some areas have even experienced year-over-year declines. While some may see this as a cause for concern, it’s important to remember that while market conditions may fluctuate, real estate is and always will be a long-term investment. 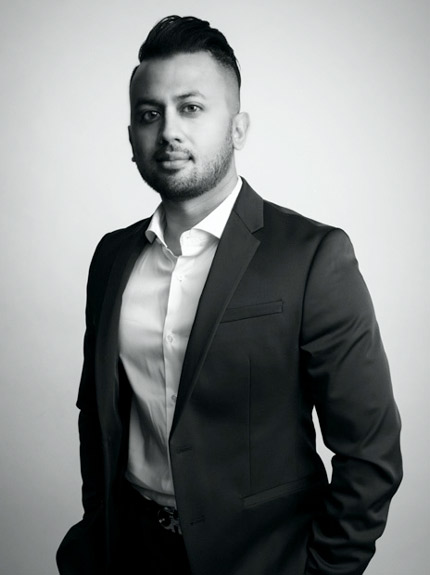 (780) 953-2365 Edmonton
(604) 690-2365 Vancouver
Contact
Search Listings What's My Home Worth
"I’ve had the pleasure of Ricky helping me with both finding a home and selling one. Very helpful, transparent and found me exactly what I was looking... continued"
- Justin Breau
All Testimonials